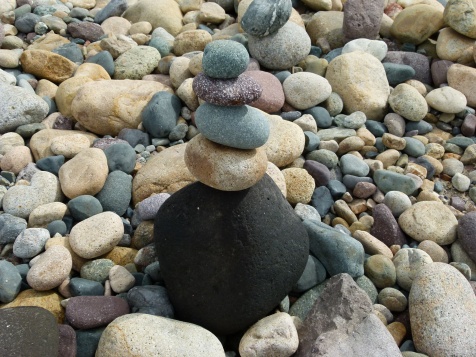 I’ve sometimes joked that the reason it takes nine months to have a baby is it takes that long to agree on a name. There are endless options, but parents don’t want to pick something that sounds like everyone else. There are names that conjure different images. You don’t want your kid to sound too old-school, or granola, or geeky—unless you do. But at least you need to have an explanation for it, like, “it’s a family name.” And, of course, there are names that seem to attract bullies who can’t resist twisting them into something unkind.

It’s important for a kid to have a name they can live with into adulthood. Unless you do what several of my cousins did and inexplicably change from using your first name to using your middle name (or the other way around). I still haven’t figured that out.

After much anticipation, as baby is about to show up, the parents announce the name and everyone wants to weigh in. Baby names are like a Rorschach for the insecure feelings of family and friends. The chosen name will be declared too girly, old fashioned, bizarre, or common. Countless people will say it reminds them of this or that and that can’t be good. And then the little guy or gal enters the world, and all is good because it’s his name or it’s her name—and it’s just perfect.

Naming a company can be just as fraught. Then add to that the fact that all good names are pretty much taken and getting a trademark is getting closer and closer to impossible. When deciding on a company name, there are a few things to consider:

Use your own name: Three generations of the men in my family are named Robert. Honoring the father is a lovely tradition, but it gets confusing at Thanksgiving. Companies named after the founder can be endowed with instant credibility and recognition, but time can take its toll. On a recent trip to Austin, I learned about a grocery store named H.E.B. The initials are short for Howard E. Butt. I suppose Mr. Butt wasn’t concerned about being the—well, you know—of people’s jokes back around the turn of the last century.

Speaking of acronyms: In my opinion, acronyms are often created to hide something. KFC wanted to put their fried past behind them—how’s that going? Our largest credit union here in Seattle is still referred to as, “you know, the Boeing one.”

The creative name: Google. Apple. Amazon. Are they the largest companies in the world because they have names that have nothing to do with their product offerings? Probably not. An image name can be valuable when you’re still inventing the kind of company you’re going to be, but you’ll also have some ‘splainin’ to do. Companies with obscure names usually have to invest a lot in marketing so their customers understand and remember them.

The descriptive name: What about a name that says exactly what you do? International House of Pancakes was doing it right—as long as they were known only for pancakes, waffles, eggs, and sausage. But as soon as they wanted to serve steak and burgers—they go the acronym route: IHop. Okay, we get it. And they even had a little fun with an ad campaign that changed the name to IHob—“b” for burgers. So if you’re going the descriptive route with your company name, think first about what your future is going to look like.

Whatever you decide to call your company, be sure you think carefully about the implications and be consistent. Use the name prominently and often in all your communications. Your goal is to always connect your company name with all the great things you do.

Are you looking for help telling your company’s story? Let’s connect!